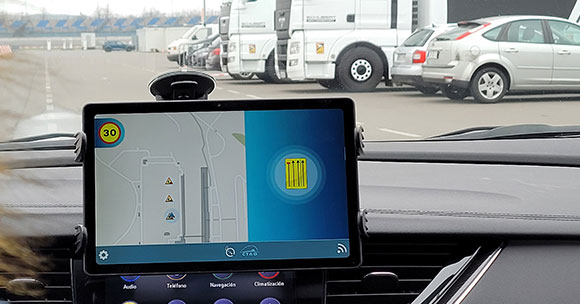 The demonstration took place during the C-V2X Plugtests™, an event organized by the 5G Automotive Association (5GAA) and the European Telecommunications Standard Institute (ETSI) in Germany.

This event, held from March 28th to April 1st, brought together organisations, institutions and key companies in the C-V2X ecosystem for the certification and development of these technologies in the automotive industry.

The C-V2X Plugtests™ also included a workshop to discuss the future of C-V2X systems in the automotive sector, as an introduction to the demonstrations carried out by CTAG, Vodafone, Commsignia and Allbesmart.

CTAG’s demonstration highlighted its latest advances in the field of interoperability with 5G technology, a crucial technology for the development of intelligent transport systems. For the development of the scenarios, CTAG installed its communications unit (HMCU) both in the infrastructure (RSU) and in the vehicle (OBU). The use cases shown included Traffic Jams Warning, Road Works Warning, Hazard On The Road Warning, Time To Green and In-Vehicle Signage.