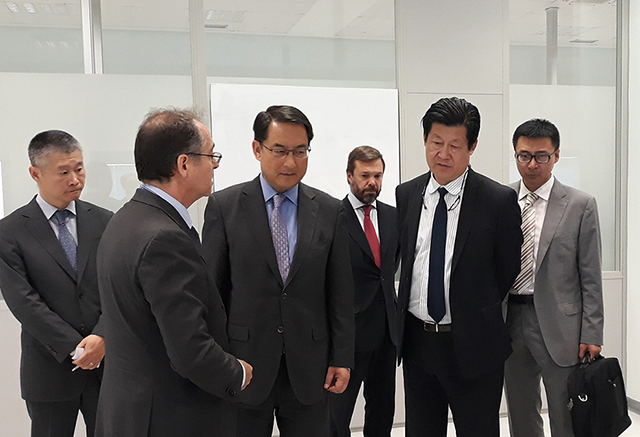 A diplomatic delegation led by Lyu Fan, the People’s Republic of China’s Ambassador to Spain, visited CTAG’s facilities with representatives of IGAPE.

After a welcome meeting, they visited different areas. The ambassador had the opportunity to see first-hand some of CTAG’s new testing equipment, such as the new climatic chambers and the battery laboratory. In addition, the ambassador tried one of the autonomous vehicle prototypes developed by CTAG, in which he was able to see the degree of development and the capabilities in the area of ADAS and automated driving.

This visit has helped to promote the Galician automotive sector and possible collaborations with one of the emerging markets with more international projection.